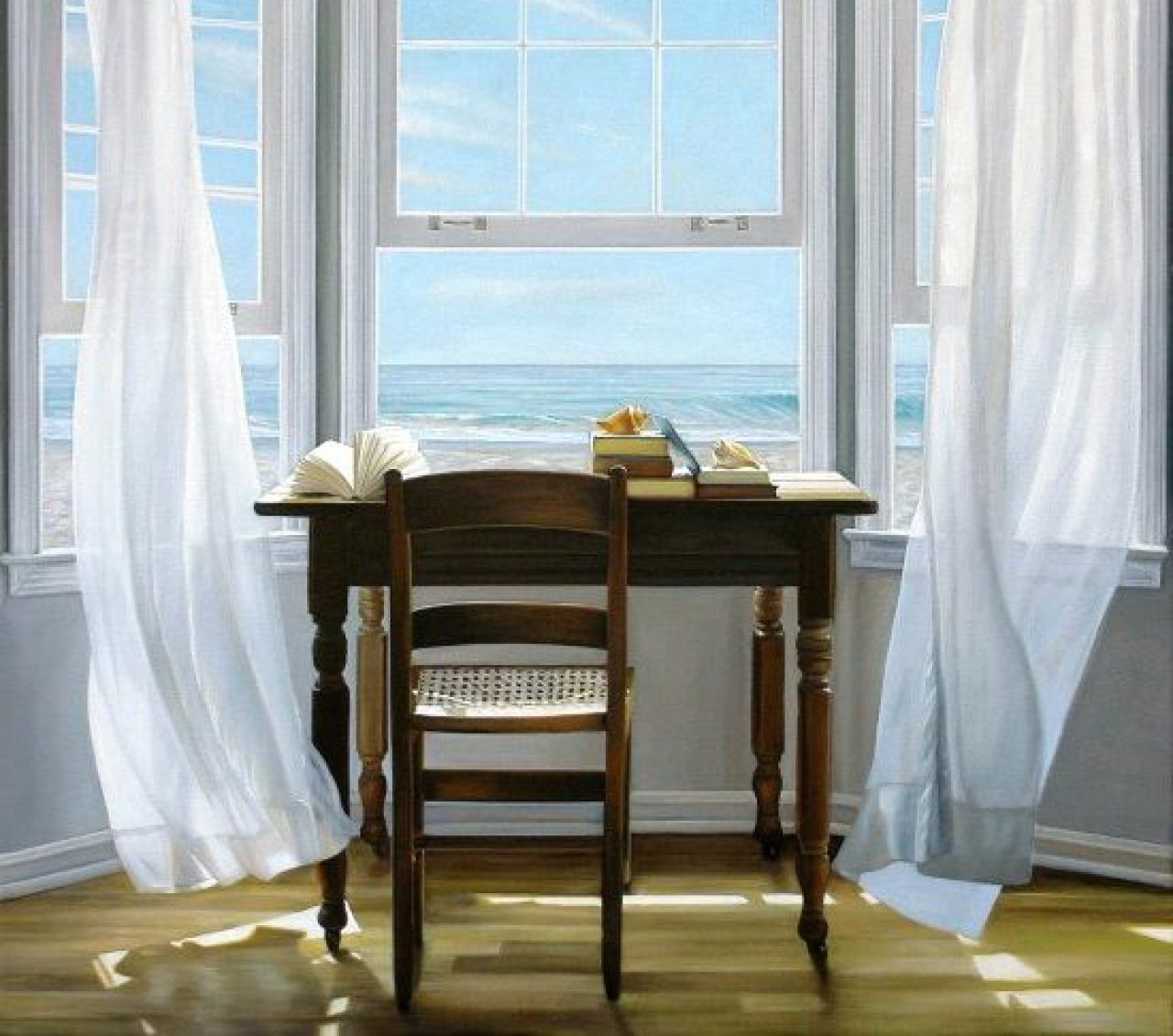 Lao Tzu was a sixth-century B.C. philosopher and founder of philosophical Taoism. His wise quotes are often used in memes sprinkled at times throughout social media.

Right now, for Great Lent, I’m reading an Orthodox Christian book by Hiermonk Damascene called Christ the Eternal Tao, and what I’ve read so far is both incredible and fascinating.

Lao Tzu had an extraordinary foresight into the Holy Trinity, the coming of Christ, and Christ’s life on earth. That He is the Word of God, as the Spirit is the Breath of God, that gives life to all beings.

How Lao Tzu knew of this without any communication with the Jewish people following God, or the incarnation of Christ and His life on Earth is both perplexing and amazing.

I wanted to share just one of his poems.

One other piece of information I’d like to share from the book is this: Hiermonk Damascene says, “Here it should be noted that the ancient Chinese placed great significance on the number Three, seeing in it the primal principle of order; and in this way, their teachings foreshadowed Christ’s revelation of the mystical life of the Triadic Godhead (see p. 257). In chapter 42 of the Tao Teh Ching, Lao Tzu wrote: ‘The Three produced all things.'”

There are eighty-one chapters, and they’re all based on multiples of three (Damascene), and every one that has been written in this book is amazing, but I am going to post one that I ran into while reading last night.

He was condemned as a friend of harlots

And the harlots became virgins.

He was condemned as a friend of thieves

And the thieves restored their stolen goods fourfold.

He was condemned as a friend of poor fishermen

And the poor fishermen caught the universe in their nets.

He was condemned as a friend of outcasts

And the outcasts inherited His Kingdom.

He was condemned, and they were created anew.

He wept over what His creation had made of itself,

And by His tears was it remade,

Restored to its true nature, its primitive origin.

The first creation was of the dust of the ground;

The second, of Water and Spirit.

Beautiful poem full of wisdom. And I believe the law of God is written in every human being’s heart. I highly recommend this book, if it interests you at all. 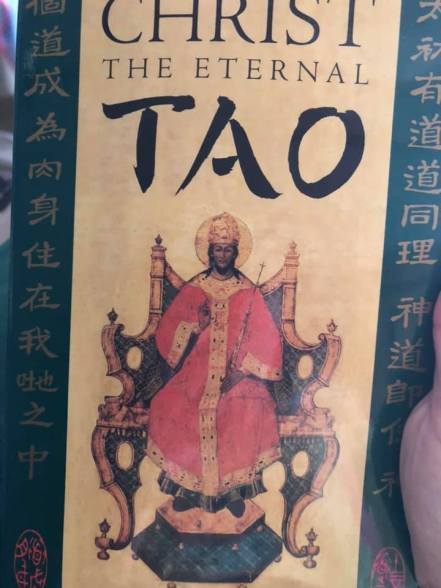 Today is Western Christian Easter, and I wish all my Christian friends celebrating Christ’s Resurrection today a Blessed and Happy Easter.

Today is Palm Sunday for us Orthodox Christians.

Tonight (I think technically last night) starts Orthodox Christian Holy Week in which we participate and follow Christ through his Passion, Crucifixion, and Resurrection.  It’s the greatest feast and holiday of the year for us.  It’s also a very focused, holy, and busy week for us.  Reading my church’s bulletin, there are around sixteen services for Holy Week.

We call this celebration of Christ’s Resurrection on Sunday not Easter but Pascha.  This is the term that’s been used from the beginning, which follows the Jewish Passover (Pesach).  Here’s a couple excerpts of info on Orthodox Pascha and where the word originates from:

The resurrection of Jesus Christ from the dead is the center of the Orthodox Christian faith. Twelve weeks of preparation precede it. This is made up of pre-lenten Sundays, Great Lent, and Holy Week. The faithful try to make this long journey with repentance, forgiveness, reconciliation, prayer, fasting, almsgiving, and study. When the feast finally arrives, it is celebrated with a collection of services combined as one.

One of the hymns we sing on Palm Sunday:

By raising Lazarus from the dead before Your passion, You did confirm the universal resurrection, O Christ God! Like the children with the palms of victory, we cry out to You, O Vanquisher of death: Hosanna in the highest! Blessed is He that comes in the name of the Lord!

I’ll try to write a midweek post and one on Pascha to share the absolutely moving, beautiful, and profound services to give you a glimpse into what this week is like for us Orthodox.

Again, Happy Easter to all my friends celebrating today! 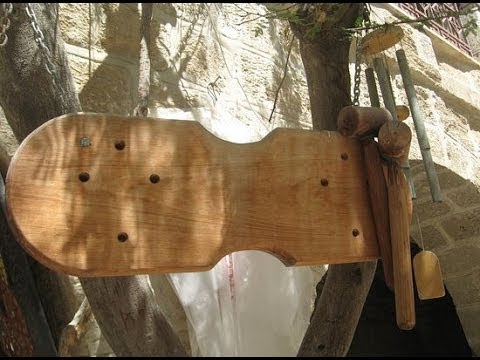 I never tire of watching this video and thought I’d share it with you. I love traditions from different countries and religions. I find them fascinating. Perhaps you do, too? I hope so!

Pictured above is a wooden board called a semantron used in Eastern Orthodox Christian monasteries where monks use mallets to bang against the wood, making a cool sound that is used as a call to prayer (like bells are used at churches). Here’s a history of the use of the semantron via Wikipedia:

The portable semantron is made of a long, well-planed piece of timber, usually heart of maple (but also beech), from 12 feet (3.7 m) and upwards in length, by 1 1⁄2 feet (46 cm) broad, and 9 inches (23 cm) in thickness.[2] Of Levantine and Egyptian origin, its use flourished in Greece and on Mount Athos before spreading among Eastern Orthodox in what are now Bulgaria, Romania, Moldova, Serbia, Montenegro, Bosnia and Herzegovina and the Republic of Macedonia. It both predates and substitutes for bells (first introduced to the East in 865 by the Venetians, who gave a dozen to Michael III),[3] being used to call worshipers to prayer.

In the portable wooden form, at the centre of the instrument’s length, each edge is slightly scooped out to allow the player to grasp it by the left hand, while he or she holds a small wooden (or sometimes iron) mallet in the right, with which to strike it in various parts and at various angles, eliciting loud, somewhat musical sounds (κροῦσμα, krousma).[2]

Although simple, the instrument nonetheless produces a strong resonance and a variety of different intonations, depending on the thickness of the place struck and the intensity of the force used, so that quite subtle results can be obtained.[5] A metal semantron, smaller than those of wood, is usually hung near the entrance of the catholicon (the monastery’s main church).[6] In the traditional monastic ritual, before each service the assigned player takes a wooden semantron and, standing before the west end of the catholicon, strikes on it three hard and distinct blows with the mallet. He then proceeds round the outside of the church, turning to the four quarters and playing on the instrument by striking blows of varying force on different parts of the wood at uneven intervals, always winding up the “tune” with three blows similar to those at the beginning.[3]

The video is three minutes in length.  I hope you enjoy it!