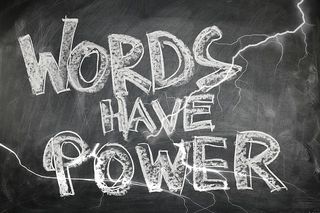 I’m still plowing through the book by Janice Hardy called Understanding Show, Don’t Tell (And Really Getting It), and this is my second blog post on the subject of show, don’t tell. My previous post on this consisted of information on a few red flag tell words.

This post is centered on three words: Appeared, Seemed, and Looked. And knowing how to use them properly.

We writers use appeared in a few ways.  If you’re using it to describe something or someone showing up or materializing in front of the character, this is fine and is not one of the descriptions being analyzed by Hardy.  It’s when you are using it in the same manner as you would for Seemed that is under the microscope.  Appeared “is a judgment word that suggests the assumption could be incorrect” (Hardy).

Here’s another example of appeared. See what you think of this one:

This tells the reader the point-of-view character isn’t sure if the person is truly a charter pilot but is assuming so because of his clothing. But a person who is not a pilot could dress in a bomber jacket and jaunty cap. The point-of-view character thinks the person might be a pilot (Hardy). Therefore, in this case, because of the uncertainty, the use of appeared works.

This works nearly the same with the word Seemed. Here’s an example from the book:

Here the point-of-view character questions Bob’s happiness because he/she notices his smile “never waved,” which implies it’s not a real smile, but a feigned one. Therefore, using “seemed” in that sentence works (Hardy).

Lastly, let’s study the word Looked. There are two ways in which to use this word. One is to describe how a character appears. The second way is what the character does (Hardy).

So, in this sentence, the description by the point-of-view character could be either making an assumption, or how he/she sees Jane. Hardy asks, “Does this sentence mean the woman hiding behind the car looks scared when she’s really not, or is there a scared woman?” (Hardy) It’s not clear.

This sentence clarifies the confusion. Using the word “cowered,” it shows Jane is scared. No need to assume Jane may be scared by using “looked” (Hardy).

What Hardy has helped me to understand as a revert writer in the past four years is that word usage is crucial in producing our works of fiction. And these clearly-understood examples have helped me so much.

Some of my readers who are experienced writers probably recognized and were able to find the problems easily, but for newer writers, I’m hoping this is helpful to you.