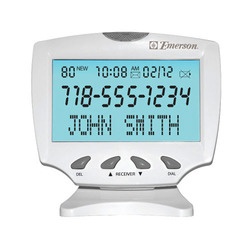 9 thoughts on “Too Many Gadgets, Too Little Memory”