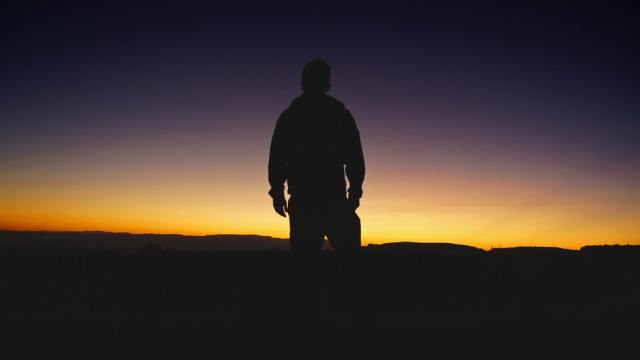 The tenets of Marxist Theory are socio-economic, the ideology of materialism, alienation as a result of a capitalistic system, and class relations (Bertens).  This theory can be used to interpret the text of the short story, “The Metamorphosis,” through the central theme of class relations, as well as alienation, and a socio-economic atmosphere in which the main character and his family live.

Franz Kafka’s “The Metamorphosis” is about the transformation of the main character, Gregor, into a vermin, which is a literal representation of a man who has lost his humanity through the socio-economic environment in which he lives.

In the beginning of the story, Gregor wakes up and realizes his human body has transformed into the body of a hideous bug.  He curses his job, saying, “What a strenuous career it is that I’ve chosen!  … There’s the curse of traveling, worries about making train connections, bad and irregular food, contact with different people all the time so you can never get to know anyone or become friendly with them. It can all go to Hell!” (Kafka).  This shows he finds little if any pride or pleasure in his career.

Karl Marx’s views on the relationship between the worker and his or her career depends on if the person is using his creativity and finds pleasure in his work and that he is doing it for himself, or if the worker produces whatever product and toils only for the benefit of his employer with no recognition for his labors.  If the latter is the case, then the worker has alienated himself from his own identity and from his own humanity (Sokel).

This is apparent in Gregor’s complaints about his drone-like occupation and the literal physical change of his humanity to that of a vermin, which is considered nothing more than a parasite and the lowest creature one can be (Sokel).

Gregor acquired his position as a salesman a few years earlier to pay back his parents’ debts to his boss that had incurred when his father lost his job. Living as part of the base structure (working class) of society, Gregor took on the faults of his parents – their debts – and the responsibility for supporting them and his sister.

The money he made went to paying his parents’ debts with little coming back to him.  He explains this situation to the chief clerk when the latter comes to Gregor’s family’s house by saying, “Being a commercial traveller is arduous but without travelling, I couldn’t earn a living.  … You’re well aware that I’m seriously in debt to our employer as well as having to look after my parents and my sister, so that I’m trapped in a difficult situation…” (Kafka).  Gregor goes on telling the chief clerk of his challenges as a travelling salesman, saying, “Nobody likes the travellers” (Kafka).

Gregor’s boss is part of the superstructure – the well-educated businessman’s sphere – and Gregor is in the proletariat/working class–base.

Because Gregor is toiling for his father who is not working and whom the latter reaps the benefits of Gregor’s labors by receiving the majority of his son’s wages and gives him very little, Gregor’s father represents the capitalist and Gregor, the alienated, dehumanized laborer (Sokel).

His father’s negative view of his son is illustrated in the text, as it reads, “His father had decided to bombard him” (Kafka), and his father “threw one apple after another” (Kafka) with the last one hitting him “squarely and lodged in his back” (Kafka).  This apple stayed in Gregor’s flesh as a reminder of the cruel actions of his father.

Gregor became the lowest living being in the house, which is shown through the family’s maid calling him an “old dung beetle” (Kafka) and threatening to smash him with a chair. He’d become even lower than the lowest of the working class.

With this physical change came Gregor’s mental change where he felt himself the vermin he’d turned into and consented to this state.  He’d resigned the position of breadwinner.

This left the parents and sister to figure a new course ahead.  Gregor’s mother toiled sewing various garments while his sister, Grete, worked as a saleswoman at a fashion shop, and learned shorthand and French at night to hopefully better her chances in careers later on.  Gregor’s father did not take up a job, hence changing the dynamics of the household once again since Gregor’s transformation.

His parents ended up renting out one of their rooms to strangers and served them meals.  The living room and kitchen had become occupied and dominated by the lodgers, which represents the family’s enslavement to the capitalistic society noted in the text that says the lodgers “sat up at the table where, formerly, Gregor had taken his meals with his father and mother; they unfolded the serviettes and picked up their knives and forks” (Kafka).

Through Gregor’s loss of identity and humanity in the socio-economic environment in which he lived, he became the sacrificial lamb for the system.